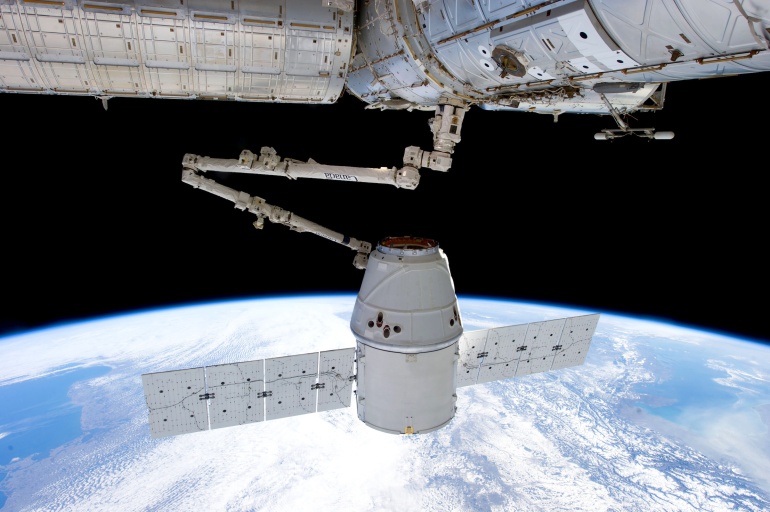 SpaceX is a private aerospace company that designs, manufactures and launches advanced rockets and spacecraft. What sets SpaceX aside from the rest of the competition is that they have designed a rocket that can be mass produced and also will eventually become reusable, which will allow for spaceflight to become increasingly cost effective.

SpaceX has three main products. First is the Falcon 9 Rocket, which is SpaceX’s standard rocket that is used for routine launches and deliveries into space. Second, is the Falcon Heavy Rocket, which consists of Falcon 9 Rocket with two additional Falcon 9 cores. The Falcon Heavy is rated as the world’s most powerful rocket and boasts an astounding 4 million pounds of thrust at liftoff.  Finally, there is the Dragon, which is a free-flying and reusable spacecraft that rides on top of the Falcon 9 or Falcon Heavy and is the spacecraft that is designed to carry humans and/or cargo safely into space

Most notably, SpaceX, in 2012, became the first private space company to develop and launch a spacecraft (Dragon) and have it dock and deliver cargo to the International Space Station.  While, there are only a few countries that have ever accomplished this feat, one other company, Orbital, a publicly traded company has also recently docked with the ISS to deliver cargo, as of October 7th.

SpaceX is a company that is pioneering the industry of spaceflight by developing spacecraft that will truly re-usable. As seen with their development of their Falcon 9 test rig named: Grasshopper, SpaceX is in the process of developing a rocket that can vertically take off and vertically land with precision, allowing for the rocket to remain intact and ready to take off again after being refueled. The Space Shuttle which was developed by NASA, was considered to be reusable, however it required extensive refurbishing after each flight and it required a new boosters, each time it flew.

Re-Usability: To date, SpaceX is the only company/organization who is on-track to creating a truly re-usable. Based on the successes of the Grasshopper test rig, the Falcon 9 and Falcon Heavy will both be outfitted with shock-absorbing, folding legs that will extend upon landing. A full navigation sensor suite has been developed to allow for the direction of the rocket to be controlled as it lands, thus allowing the rockets and boosters to land. Check out the SpaceX website for live footage of the test launches.

Cost Effectiveness: SpaceX has designed the Falcon 9 to be easy to mass manufacture without forfeiting any design or material features. And to add to this efficiency, the Falcon Heavy rocket is a combination of Falcon 9 rockets, all of which use the same Merlin engines, so production at SpaceX can be streamlined even further. 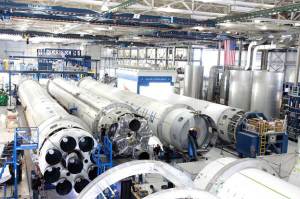 The mastermind behind SpaceX and its revolutionary rockets is the legendary, Elon Musk. Aside from Elon being the CEO and founder of SpaceX, he is also the CEO and one of the original investors of Tesla Motors (NASDAQ: TSLA), as well as the Chairman of Solar City (NASDAQ: SCTY) and the co-founder of PayPal. To learn more about Tesla Motors and Elon Musk’s work with electric vehicles, check out GOOD BUSINESSES’ article: TESLA MOTORS: Leading the Electric Car Revolution

SpaceX is a company that is revolutionizing the aerospace industry, by making rockets and spacecraft cost effective to build and use. Because of these advancements, our ability to freely explore space and other planets at affordable prices is that much closer to becoming a reality.

To learn more about SpaceX and their work, please check out their site: http://www.SpaceX.com