Most of us know that, Greenhouse Gasses in our atmosphere cause Climate Change. According to the EPA about 82% of greenhouse gasses are caused by CO2 emissions. These emissions come from construction, cars, trains, planes, busses, your trash etc. The best way to tackle Climate Change seems simple – right? All we need to do is reduce human CO2 emissions. 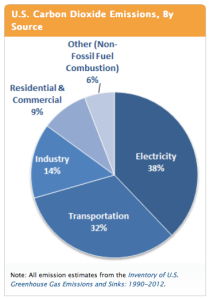 Their recommendation are valid, and they do help stop Climate Change; but not by much. Actually, the numbers can sometimes be negligible.

Here’s a fun fact for all of you that drive a Prius – did you know that the emissions generated in the manufacturing of the vehicle, are greater than any other vehicle Toyota manufactures? (Yes, Toyota admits this also)

Some time ago, I watched a TED talk by Grahm Hill about “Why I’m a weekday vegetarian” and what he said let me thinking about this new perspective of fighting Climate Change. Grahm Hill was talking about beef, and how our society is currently eating twice as much meat as in the 1950s. Grahm Hill also stated that meat causes more emissions than all of transportation combined. This means: cars, trains, planes, busses, boats, electric cars, and the Prius.

Studies this fact also. Even though this news was new to me, there are studies that conclude this, which are 10+ years old. 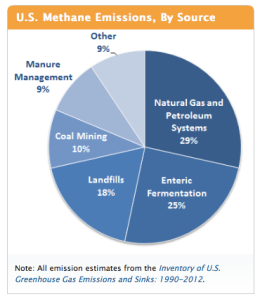 thought (about 23 times more than CO2). The EPA states that methane accounts for about 9% of all US Greenhouse Gas Emissions from human activities and surprisingly, Methane gas is released into the atmosphere from meat also.