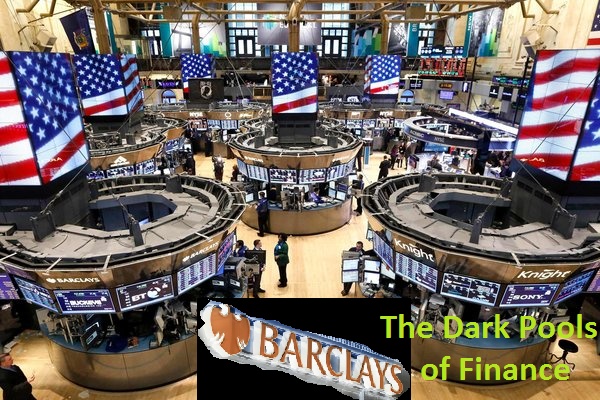 We’ve all heard of the NYSE, NASDAQ or Dow Jones and we fundamentally understand that their purpose is to publicly trade securities. The SEC is involved in the financial industry because it continuously seeks to protect investors by maintaining a fair, orderly and efficient market in order to facilitate capital formation. Whenever securities are being traded, the banks or trading platforms involved have to fully disclosure of what is being traded, to who it is being traded, at what price, at what time, etc… This system can become flawed when banks or investors attempt to illegally tilt the odds in their favor using Dark Pools.

Dark Pools are a way of trading securities in a private manner in which it’s not open to the public. Because these trades are private, they remain confidential and no access is provided to the general investing public. Technically, Dark Pools are not an illegal act, however if the financial institution lies to their investors about how they’re trading their securities; than this becomes an illegal act and the SEC will intervene.

A main reason why financial institutions use Dark Pools is because the trades remain confidential (until they are filed) and when they are trading large bulks of securities, they don’t impact market prices.

To the general public – this method of Dark Pool deal making is unfair when it becomes excessively utilized because the price is agreed upon by the two participants which indirectly makes the financial markets are no longer transparent, fair and unregulated. But still, for some reason, Dark Pools are not illegal.

In recent news, the NY Attorney General’s office has filed a lawsuit allegedly accusing Barclays Bank of Dark Pool fraud. The lawsuit states that Barclays acted dishonestly by favoring some investors over others.

“The facts alleged in our complaint show that Barclays demonstrated a disturbing disregard for its investors in a systematic pattern of fraud and deceit.” Attorney General Eric Schneiderman said this Wednesday

To be fair, Barclays isn’t the only bank which utilizes Dark Pool trading however if they’re guilty in the court of law, they should be heavily penalized for being dishonest to their investors – the very people they’re working for.